By continuing your navigation on our site, you accept the installation and use of cookies on your computer, in particular for the purposes of collecting information and improving our services.

Escape to Les Sables d'Olonne
an unspoilt wonder of nature

Les Sables d’Olonne abounds with unspoilt natural landscapes, from the coastal wooded area of Bois Saint Jean to the Olonne sur Mer forest, which are well worth taking time to explore.

Amongst these, the following are particularly worthy of notice: 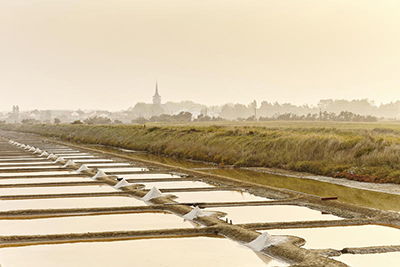 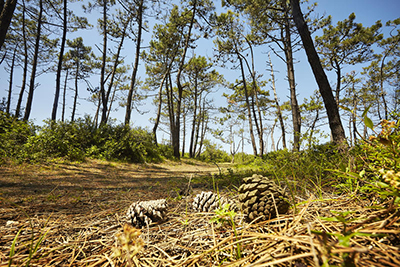 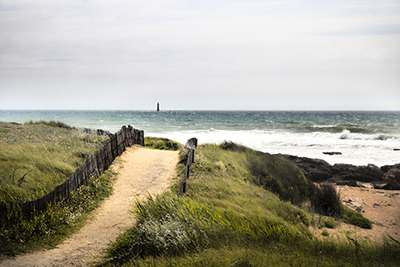 A 2 km seafront promenade stretching along the rocky coastline of La Chaume.

The five kilometres of wild coastline from Tanchet beach to the pebble bay at Cayola offer a wealth of contrasting landscapes, with a succession of cliffs, coves, inlets, forests, heaths and wetlands.

The beach resort at Les Sables d’Olonne has grown up around a curved, 3 kilometre-long stretch of golden sand facing due south.

The Côte Sauvage stretches 11 km to the north, encompassing dunes and rocks between the ocean and the forest, with one vast, sandy beach after another. To the south, it features rocky outcrops straddled by coastal paths.

The Bois Saint Jean coastal wooded area, situated between the bay of Anse aux Moines and Cayola, belongs partly to private owners and partly to the Conservatoire du littoral et des rivages lacustres (coastal protection agency). 24 hectares are open to the public, exclusively for walkers.
The site is particularly well preserved as it is managed and maintained by the town authorities and the Office national des forêts (French national forestry office).

In the 17th century, the regional port that used to be known as Le Havre d’Olonne was France’s largest port for cod fishing. Later on, it became specialised in sardine and tuna fishing. Today, sole fishing represents 30% of operations in terms of value. Les Sables d’Olonne’s fishing port is ranked 8th in France in terms of value and is the largest port in the Vendée region.

Lying at the heart of the Olonne sur Mer marshes, and brimming with an amazing wealth of fauna and flora, the Loirs site offers 120 hectares of unspoilt nature and comes under the protection of the Conservatoire du littoral. This coastal protection agency also owns the Loirs de Chanteloup and Grands Loirs marshes at Olonne sur Mer.
Three other remarkable areas of marshland are worthy of mention:

In medieval times Olonne salt was highly prized, and many foreign ships would stock up at Les Sables d’Olonne.
Today, there are still 80 production areas and two salt manufacturers who introduce visitors to the craft of salt making. 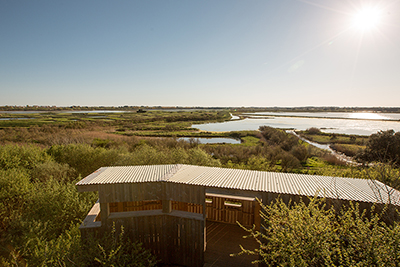 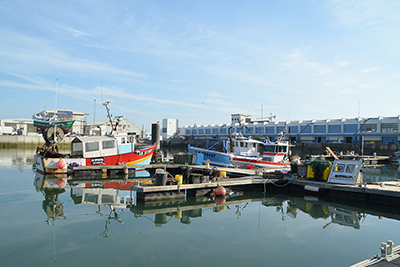 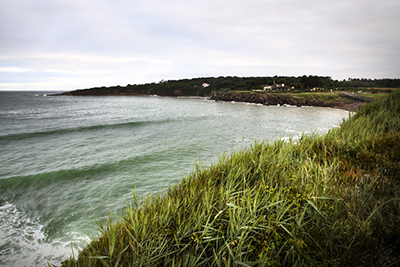